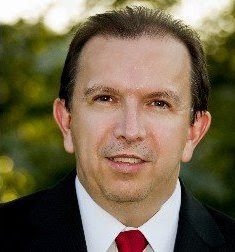 Over nearly three decades, Grover Arnett has built an excellent reputation for himself and his firm. Long before he became an established Saylersville, Kentucky attorney at his own law firm in 1991, Grover Arnett set himself up for a stellar career in the law. After receiving a B.A. In Elementary Education from Alice Lloyd College, where he was also student body president and salutatorian, he went on to earn his Juris Doctor law degree at the Salmon P. Chase College of Law at Northern Kentucky University.

Grover Arnett passed the bar in 1989 and established his own firm in 1991. He served as Magoffin County Attorney for five years in the late 1990s and gained a reputation as an aggressive and successful prosecutor, based on his 95 percent DUI conviction rate and his leadership of a prosecution team that engineered the largest drug conviction in the county's history. It is that experience on both sides of the law that makes Grover Arnett an excellent partner regarding any legal issues you may face.
Posted by Grover Arnett Lawyer at 05:02